The Club has reached an agreement to set up official sales points in the city centre for tickets to football and basketball games, as well as the Camp Nou Experience.

El FC Barcelona have increased ticket sales points in the centre of the city thanks to a new deal with the Col·legi de Periodistes de Catalunya. Tickets can now be bought from three kiosks situated in the Plaça Catalunya, the Rambles and the Passeig de Gràcia – areas which are very popular with tourists to the Catalan capital.

The kiosks will be identified by the official logo – ‘FC Barcelona Official Sales Point’ – which also appears at other official sales points, such as the FCBotigues or the Turisme de Barcelona information points. Tickets for first team games at the Camp Nou and basketball at the Palau will be on sale, as will tickets for the Camp Nou Experience, which includes the Museum and Stadium tours.

Members discounts are NOT available at these sales points. These are applicable on tickets purchased through the Club website or at the Camp Nou ticket offices.

The Col·legi de Periodistes de Catalunya runs 13 kiosks in Barcelona, although the deal will only cover the three mentioned above for the moment, reflecting the Club’s desire to offer a service to areas popular with tourists whilst not ruling out an extension of the scheme in the future. 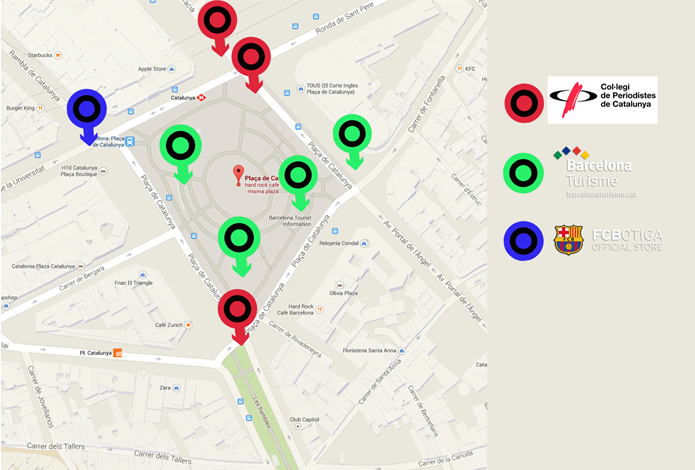 TheStadiumBusiness Summit is the largest dedicated meeting in the world of the owners, operators and developers of the world’s leading stadiums, arenas and major sport venues.

We’re heading to Barcelona (9-11 June) for 2015, a city synonymous with design, culture and sport. Join us for the world’s largest meeting of stadium owners, operators and developers. Change your stadium business forever!